Drivy > Pressroom > Press releases > “In the future, Drivy will become a platform to rent robots”

“In the future, Drivy will become a platform to rent robots”

Drivy, the European leading car rental marketplace, participated yesterday in a panel discussion about the future of mobility organized by 4YFN, the event for entrepreneurs launched by Mobile World Capital Barcelona and GSMA during the MWC 2017.

The Founder of Drivy - the only sharing economy marketplace participating in the debate - shared his vision regarding the future of mobility, and especially about how the arrival of the autonomous car will transform the entire industry.

During the panel discussion, Paulin Dementhon explained that Drivy will be “a platform to rent robots” that will offer access to autonomous cars. “Today we are a car rental marketplace. Tomorrow all the cars on the platform will be electric, and in a few years these cars will be robots. But the platform offering them will be the same” said Paulin Dementhon. The Founder of Drivy also explained that with the arrival of the autonomous car, the differences between the platforms will blur: “You won’t choose between Uber, BlaBlaCar or drive a car rented from Drivy anymore, but you will only ask for an autonomous vehicle that will pick you up and take you wherever you want.”

The Founder and CEO of Drivy pointed out that autonomous cars will be owned by entrepreneurs or companies that will manage their fleets and put them at the disposal of society. “In the future, private car ownership won’t exist anymore: in addition to being autonomous, cars will be shared”, he said.

The car industry as we know it today, is experiencing a revolution thanks to new platforms that allow people to share cars. According to Paulin Dementhon, “today’s revolution in the automotive industry is as important as the advent of the car”, he went on to say that what is at stake is “a new usage, not the end of the car age”.

One of the main conclusions of the debate, shared by all the speakers, was that technology has changed their business models and that the future will involve collaboration between car manufacturers and platforms like Drivy to offer a better service to users. 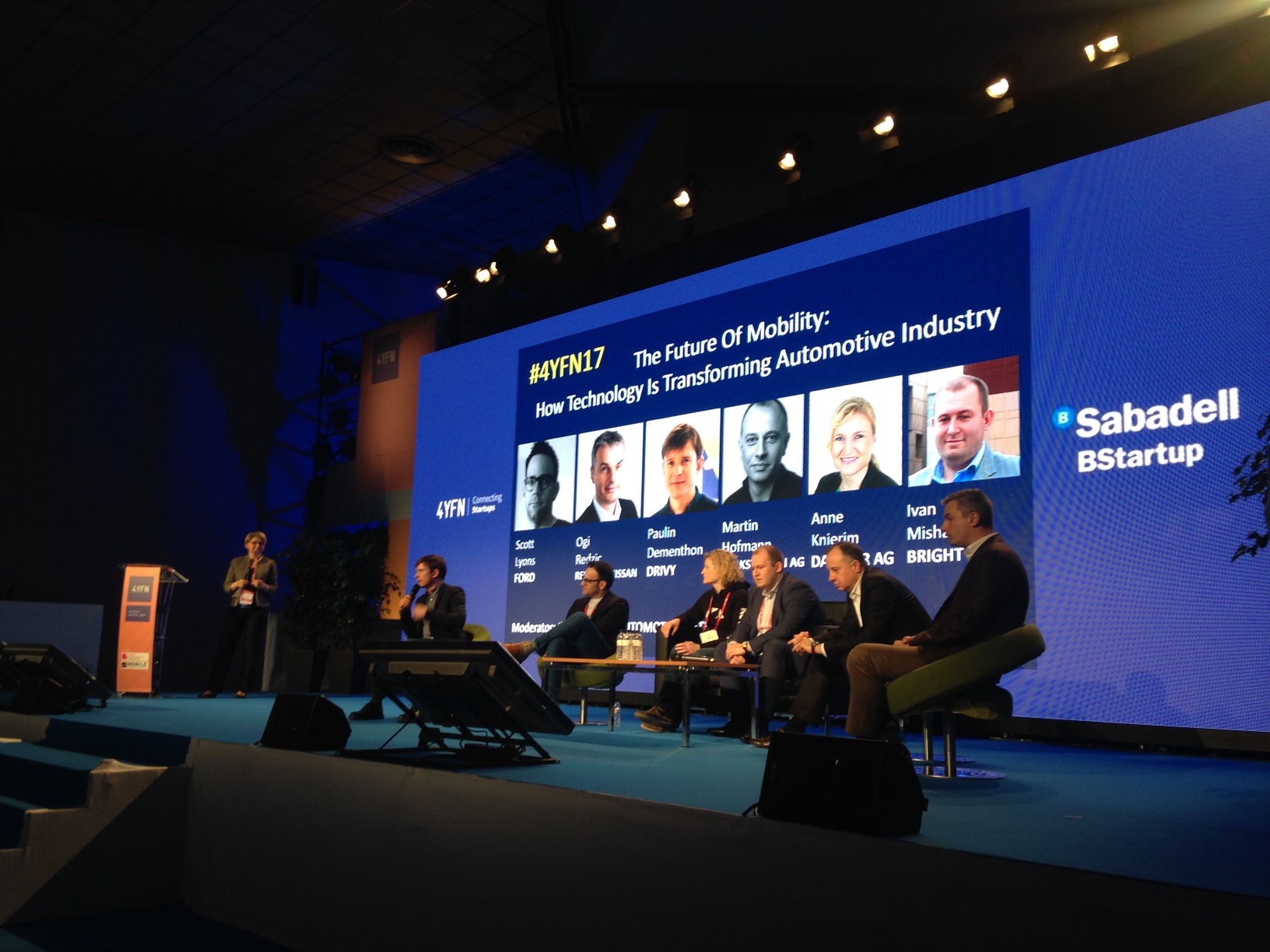